How to Induce Spalting in Wood

Spalted wood can produce beautiful turned projects because it adds a bit of flair to a piece of wood that might otherwise be rather drab. Spalting is a naturally occurring effect that is the result of fungus development in wood after it has died, with fungus thriving through prolonged exposure to moisture. Most types of wood will develop spalting, but the pattern that is likely to develop varies greatly from species to species. Many species will develop a dull looking pattern, that resembles a swimming pool that is need of cleaning, more than it looks like something that you want to position as a centerpiece on your dining table. But some species develop crisp black lines with outstanding contrast to the non-effected areas of wood. In my experience soft maple has produced the most beautiful examples of spalting, with elm being another one with good potential.

Before and after spalting. To demonstrate the difference that spalting can make, the picture just above this text is an elm bowl that I turned from a freshly cut log. On the same day that I turned that bowl, I took the other half of the log and prepared it for spalting. Two years later, I turned a bowl from the blank with induced spalting, and that bowl is shown in the photo at the top of the article. As you can see, the difference is dramatic. 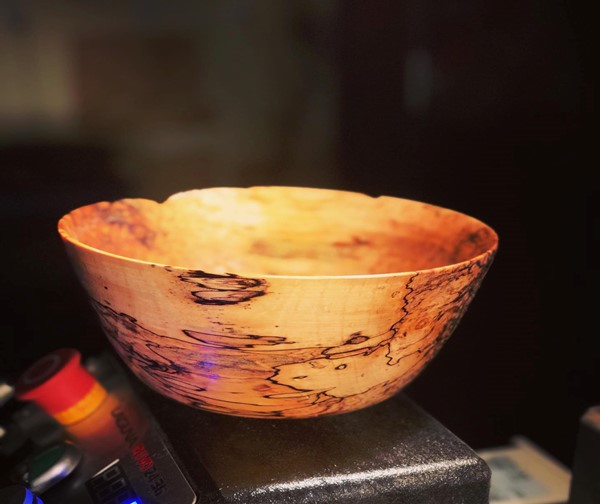 Spalting is common. In Minnesota where I live, spalted wood is easy to find. Just go to any forest or wood pile that is exposed to elements, and if the wood has been sitting long enough, it will most likely have developed some level of spalting. For example, I found a chunk of soft maple in my neighbor’s wood pile that I used to turn the bowl pictured above. The challenges with sourcing spalted wood this way is that it is common that you will find examples that are not spalted to the degree that the effect will add much visual interest to your project, or it has been sitting for so long that the wood has rotted to the extent that it is no longer safe to spin on a lathe. If you can easily compress the wood fibers with your fingers in multiple areas, do not attempt to turn it. The risk of the wood coming apart on the lathe and potentially injuring you is extremely high, and the likelihood of your completing the project successfully is quite low.

Spalt it yourself! So, how can you source spalted material that is fit for Goldilox, and not too light, and not too rotten, but just right? A few years ago I learned a trick from George Vondriska. You can induce spalting in fresh cut logs by wrapping them in plastic and letting them sit for 2-3 years. This time period is usually enough to allow an ample amount of spalting to occur, but not so much that it can cause structural integrity problems with the bowl blank. Nothing else is needed; just tightly wrap a log with two layers of plastic wrap so that the moisture is trapped, mark the date on the wrap so that you can keep track, and try to be patient. 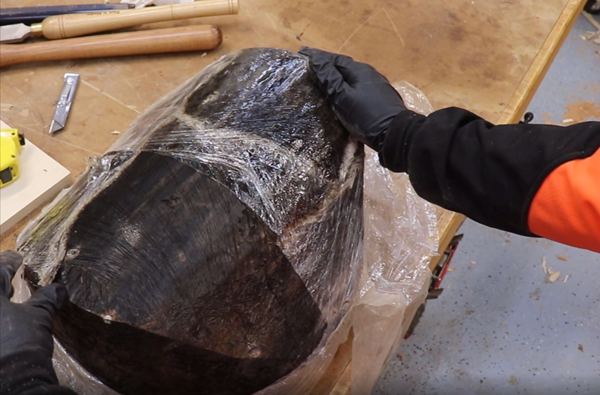 Open up the present in 2-3 years. When you cut into your wrapped log, you will find that it has developed a black slime over the surface. That’s good, as it shows that the fungus is hard at work. Wear gloves and a mask as you work with this material as you don’t want to inhale or infest any of the fungus. Once your bowl has dried, however, spalted material is considered safe for contact. 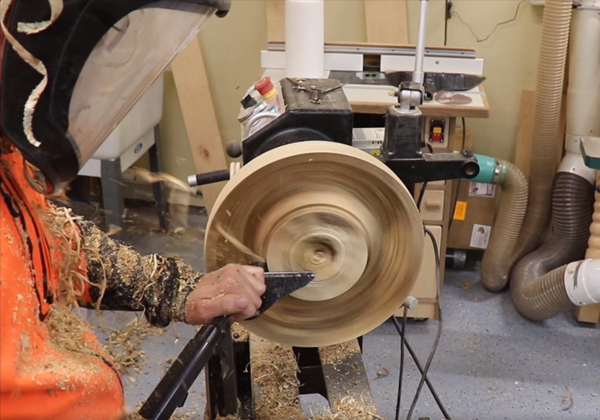 Turn as normal. After the material is unwrapped, you can mount it onto your lathe and turn as you would with any other blank. If you find that the wood is punky, stop turning and discard the blank as it is not worth the risk.

If you would like to watch a video of this spalted elm bowl being turned, check out the ToolMetrix YouTube channel. 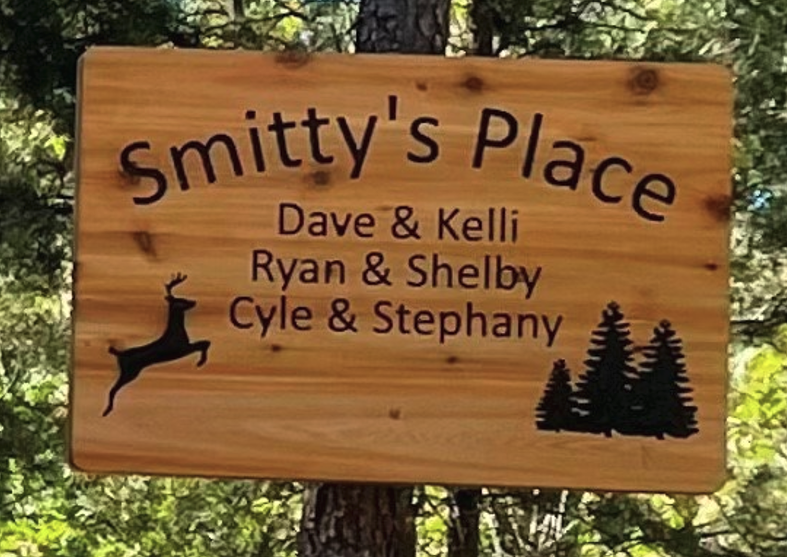 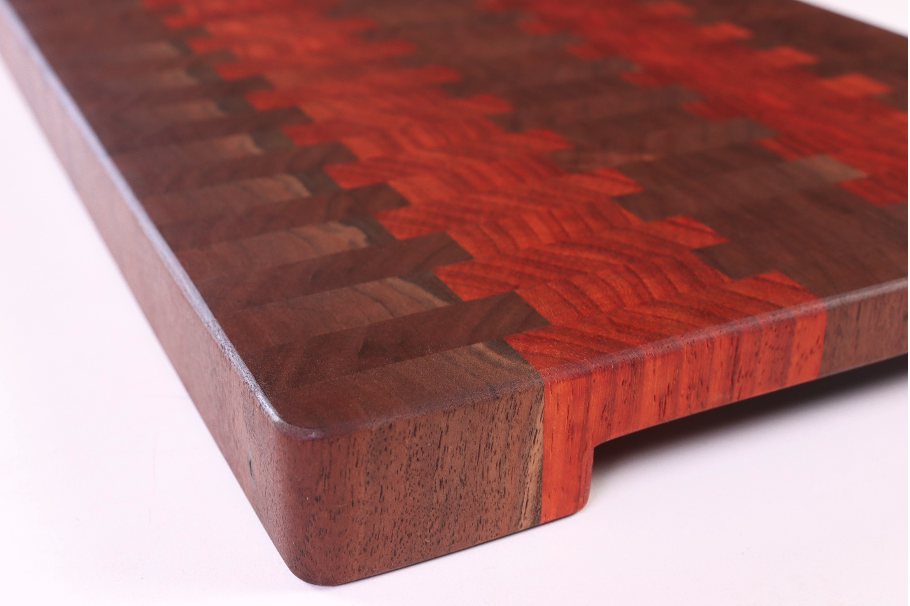 Tips On How To Make An End Grain Cutting Board 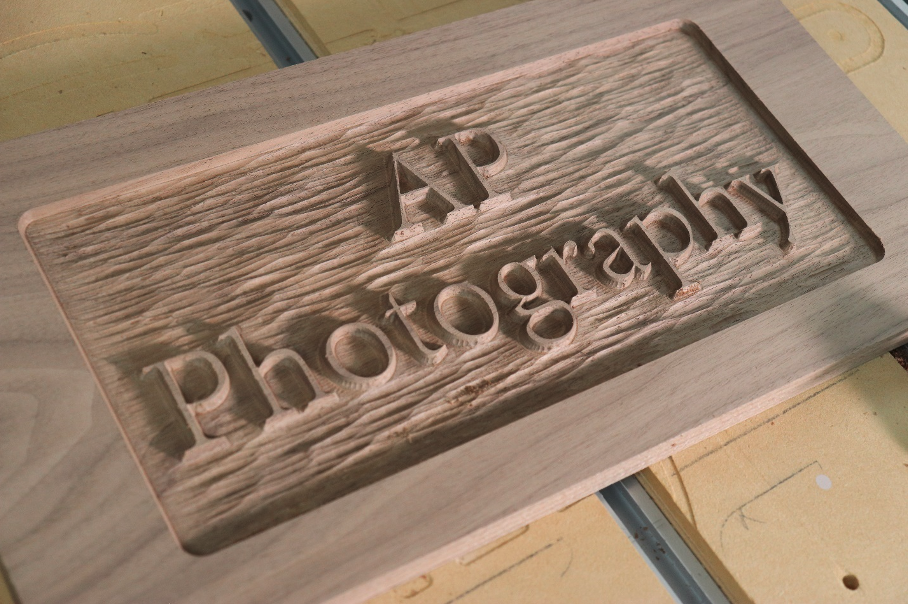 How To Create A Textured Sign With A CNC Machine