Most woodworkers own a table saw, and the majority of those saws have a 10” blade installed on them. Why? Perhaps because the woodworker frequently has to make cuts that require the full cutting capacity of a 10” blade.

More likely, however, it is because that is the size of blade that came with the saw, or because there is an assumption that “bigger is better” so why not take full advantage of your table saw? If the latter applies to your situation, let me share a few reasons to consider trying a smaller diameter blade on your 10” table saw.

After getting a recommendation from an instrument maker who uses smaller blades, I decided to try a 7-1/4” Freud blade on my saw. I tested for performance and cut quality, comparing it to my previous go-to blade, a $160+ full kerf hybrid blade.

The results were astounding to me, and I recorded my findings in a video.

Some of the attributes of this blade that make it noteworthy to me include:

At less than $20, not only was this blade a low-risk proposition, but it was actually cheaper than the cost of sharpening my other blades.

This blade delivers a noticeable improvement in performance improvement to your table saw for two simple reasons. First, the 1/16” kerf is approximately half the width of a full kerf 10” table saw blade, so your saw has half as much work to do as it cuts through the stock.

Second, because of the smaller diameter, there is more torque at the tooth, so the leverage that the blade has as it cuts through the stock is far greater. These advantages are not hypothetical; you will absolutely feel the difference.

The cut quality that can be achieved with the smaller blade, even compared to some of the best 10” saw blades on the market, is noteworthy. The reason for this is simple physics; the smaller diameter blade means less runout, and less runout means a smoother cut.

If you feed your stock at a steady pace, you can produce a surface that is not only glue-up ready, but it is shiny and nearly blemish-free on both hardwoods and softwoods. On plywood, it performed much better than my hybrid blade, but not quite as well as my dedicated 10” laminate blade.

Because of the smaller diameter, the linear speed at the cutting tips is approximately 25% slower than with a 10” blade. That means that in the event of a kickback, the projectile will be traveling at a much slower speed.

Would you rather be hit with a 100 MP fast ball or a 75 MPH fast ball? Also, because of the narrower teeth, the blade will not have as much control over the work piece to send it flying, so the projectile speed should be even less. To be clear, the smaller blade will not prevent kickback, but it should reduce the impact if it does happen.

Because of the slower linear speed and the narrowing kerf, the smaller blade moves less air and cuts less wood. These factors mean that the blade is quieter, both during cutting as well as when it is spinning idle.   I measured a difference of 5-10 decibels, which is significant. 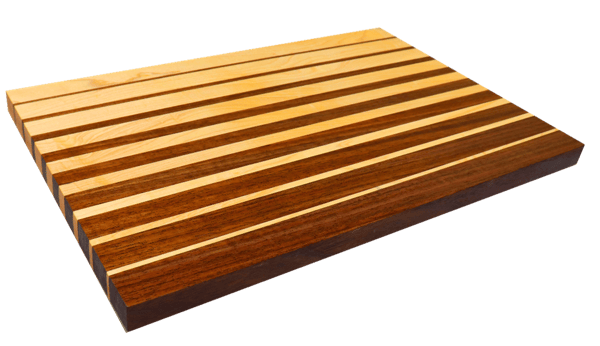 Less dust and better yield. With a kerf that is half as wide, the smaller blade reduces wasted wood by 50%, and means that you have to empty your dust collector half as often.

In the wood strip cutting board shown, I calculated the increase in wood yield due to the smaller kerf at approximately 20%. That means for every five of these that I build, I save enough material to build a sixth one for free! 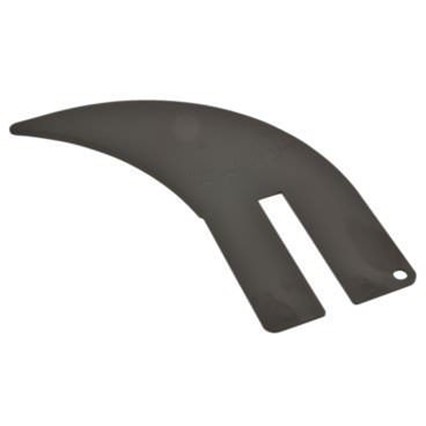 With all of the great benefits, there is one downside. You will need a thinner riving knife for your saw in order to use the blade guard assembly. These are not commonly available in such a thin size, but I was able to have one made by the team at Shark Guard.

So, have I convinced you to give this a try on your table saw? 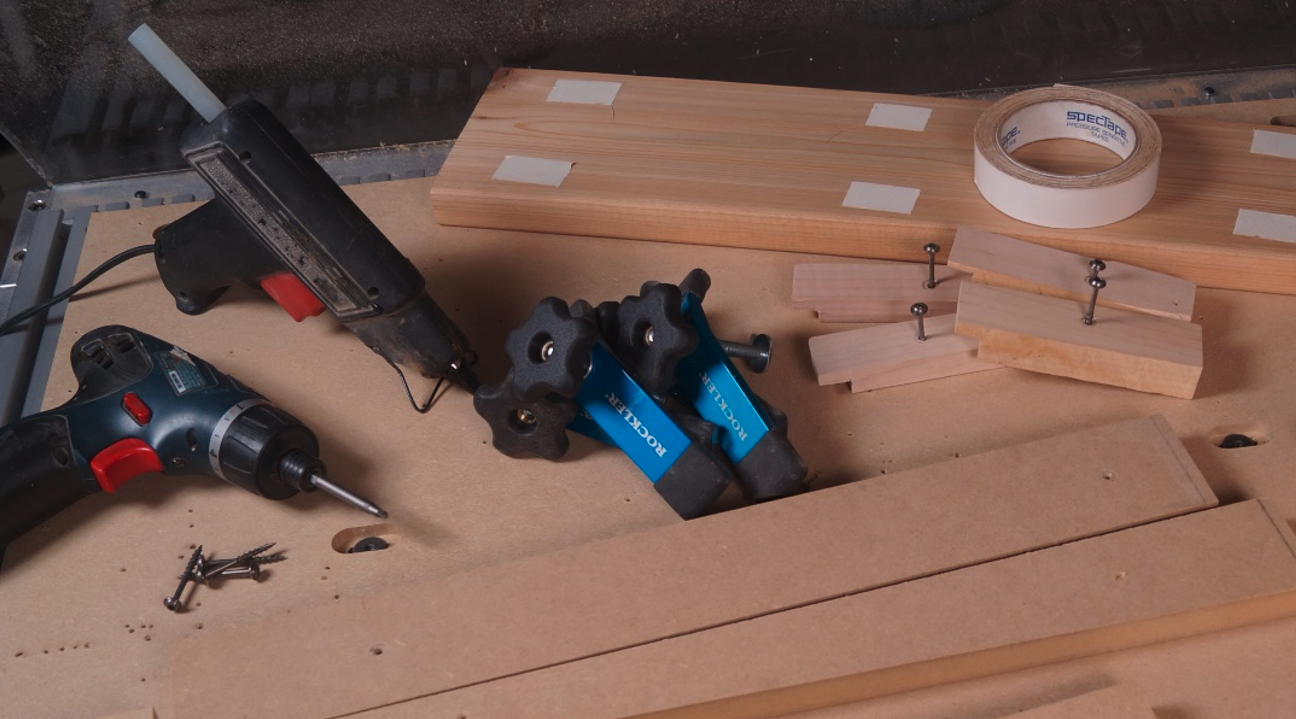 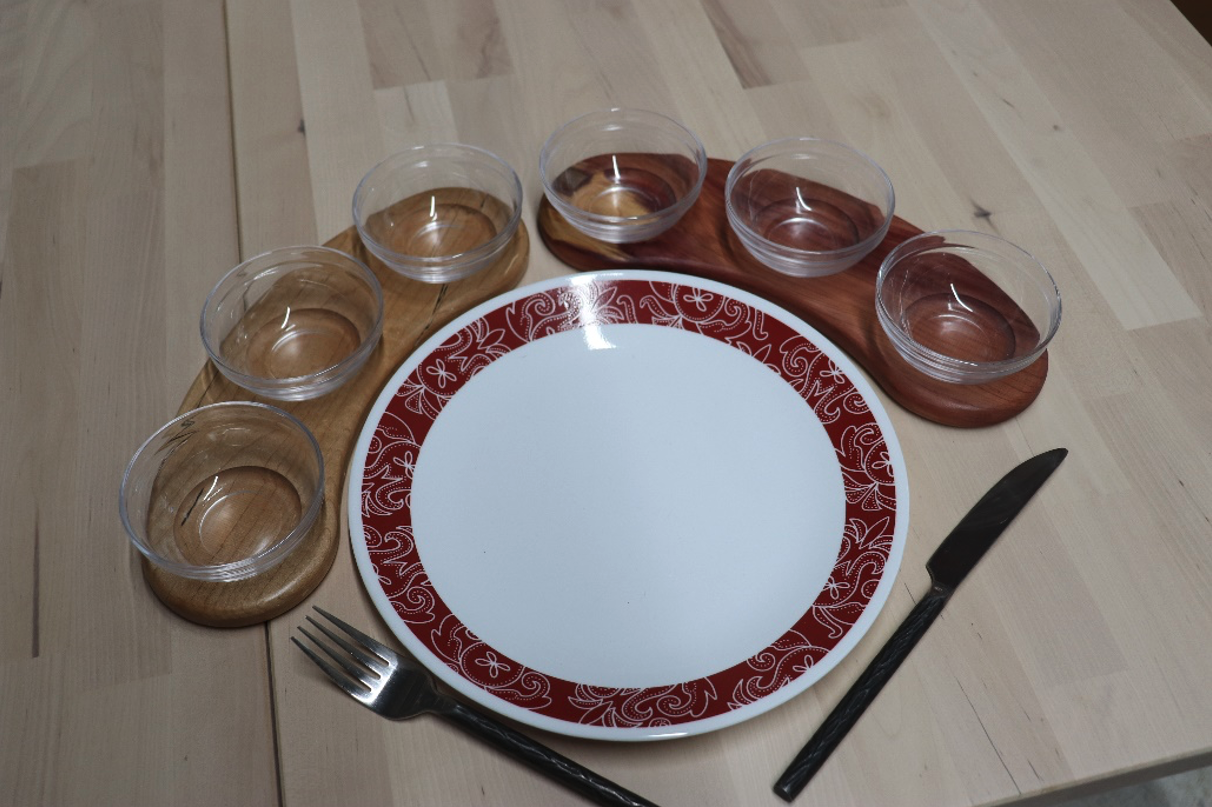 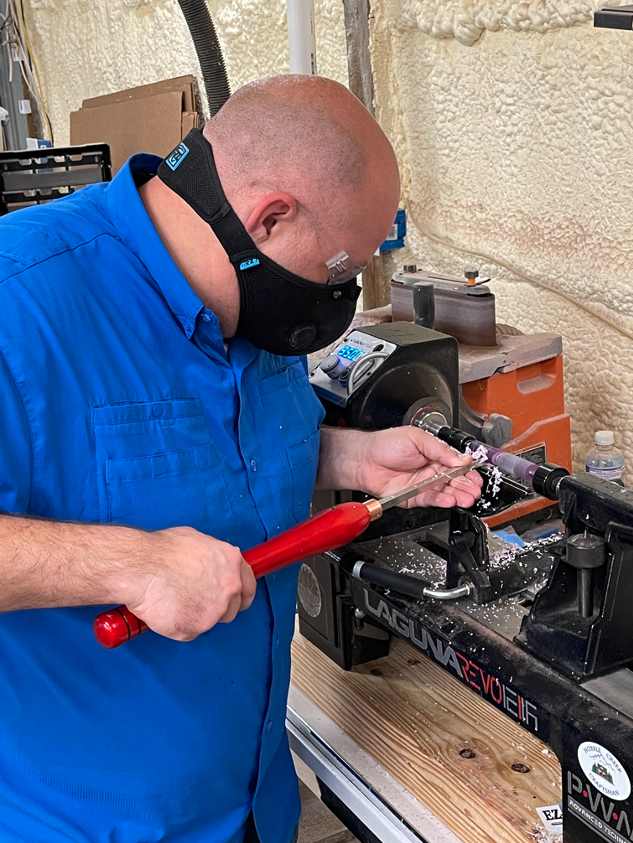